Register to our Newsletter 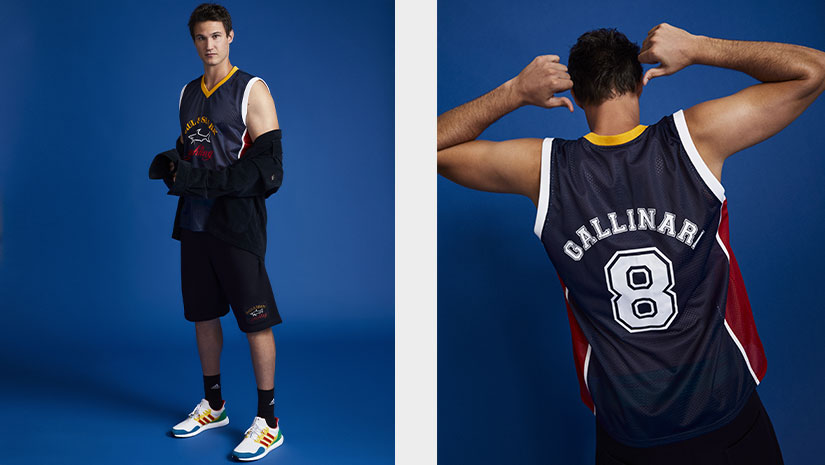 After the Alfa Romeo driver Antonio Giovinazzi – the only Italian currently driving a Formula 1 racecar – and the coach of the Italian national football team and European champion Roberto Mancini both became Paul&Shark brand ambassadors, now it’s Gallinari’s turn: power forward for the NBA’s Atlanta Hawks, he’s part of the very small “club” of Italian players – only 11, all-time – who have played in the NBA basketball championship, the most important in the world.

Born in Sant'Angelo Lodigiano in 1988, basketball was his destiny: his father Vittorio played for Olimpia Milano and Virtus Bologna, and Danilo has played professionally since the age of 16, drafted by a NBA team when he had not yet turned twenty and was already, with Olimpia Milano, the best scorer in the Italian championship (508 points).

Two and a half seasons in New York, then the move to Denver for five years, the Los Angeles Clippers from 2017 to 2019, Oklahoma City and now Atlanta (signed by the Hawks under the famous three-years $61.5 million contract that makes him the most highly paid Italian athlete in the world).

He has just played the Tokyo Olympics with the Italian national team, fulfilling his childhood dream.

Passionate traveler, supporter of the importance of sports for the development of children and young adults, he gave the city of Milan two public basketball courts, in the Parco Marinai d'Italia and at the Collina dei Ciliegi in Viale Sarca.

New dad of baby Anastasia, he pays particular attention to the environmental issues such as sustainability. Sustainability – environmental and social – and innovative technology of materials, style, love for adventure are the themes that bring him close to Paul&Shark and that make him the ideal ambassador of the Italian brand.